Eid al-Adha or Eid-ul-Azha “festival of the sacrifice”, also called Feast of the Sacrifice, the Major Festival, the Greater Eid, Kurban Bayram, or Eid e Qurban, is an important religious holiday celebrated by Muslims worldwide to honour the willingness of the prophet Ibrahim (Abraham) to sacrifice his young first-born son Ismail (Ishmael) as an act of submission to Allah’s command and his son’s acceptance to being sacrificed, before Allah intervened to provide Abraham with a Lamb tosacrifice instead. In the lunar Islamic calendar, Eid al-Adha falls on the 10th day of Dhu al-Hijjah and lasts for four days. In the international Gregorian calendar, the dates vary from year to year, drifting approximately 11 days earlier each year.

Eid al-Adha is the latter of the two Eid holidays, the former being Eid al-Fitr. The basis for the Eid al-Adha comes from the 196th verse of the 2nd sura of the Quran. The word “Eid” appears once in the 5th sura of the Quran, with the meaning “solemn festival”.


Like Eid al-Fitr, Eid al-Adha begins with a Sunnah prayer of two rakats followed by a sermon (khuṭbah). Eid al-Adha celebrations start after the descent of the Hajj from Mount Arafat, a hill east of Mecca. Ritual observance of the holiday lasts until sunset of the 12th day of Dhu al-Hijjah. Eid sacrifice may take place until sunset on the 13th day of Dhu al-Hijjah. The days of Eid have been singled out in the Hadith as “days of remembrance”. The days of Tashriq are from the Fajr prayer of the 9th of Dhul Hijjah up to the Asr prayer of the 13th of Dhul Hijjah (5 days and 4 nights). This equals 23 prayers: 5 on the 9th-12th, which equal 20, and 3 on the 13th. 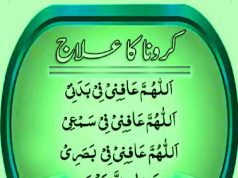